How one tech start-up took on a unicorn — and won. 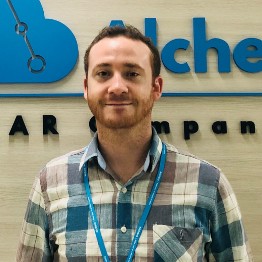 In 2015, Changok Kim identified a gap in the multimedia camera app market. Snapchat, the upstart leader in sticker images, 10-second videos, and sponsored filters, had been experiencing fantastic growth. From humble beginnings in 2011, Snapchat exploded into a juggernaut. By 2015, 100 million users were consuming 6 billion video views a day. Venture capitalists took notice. So did Mr. Kim.

The Snapchat gap was Asia. We’ll never really know why Snapchat seemingly ignored the Asian market. Perhaps it prioritized growth in North America and Europe, or maybe the leadership team was busy fending off the biggest social media dragons, Facebook and Instagram. In either case, it seems like Asia was off the Snapchat radar. That blindspot presented Changok with a golden opportunity.

Adapting the Snapchat concept to regional sensibilities in Asia was easy enough. The barrier was technical. Base technology at that time relied on mobile devices with 3D cameras. Hard to adapt and cost-prohibitive, that technology was not well-suited for this commercial application.

Mr. Kim, CEO of Naver Corp, contracted Young Hwang to come up with the answer. In early 2016, Mr. Hwang and the Alchera team developed an innovative approach using deep learning.

The Alchera solution creates 3D images through a mapping system that plots 106 points on a human face. This mapping process, called landmarking, is fairly common in the AI world. What makes the Alchera approach unique is the level of accuracy it generates thanks, in part, to a proprietary database.

Perhaps the least appreciated feature of the Alchera system is portability. Lightweight and agile, Alchera’s system is not OS-dependent and can be deployed on older smartphones. That means almost anyone with a smartphone, of some vintage, can play with augmented reality (AR) stickers or animoji on human faces in 3D.

Powered by Alchera, Naver launched SNOW Camera in 2016. Within a few months, the app was a hit across Asia. Peppered with local icons like Korean liquor bottles, K pop stars, sushi, and sumo wrestlers, SNOW quickly hit the 30 million download mark. By 2018, a new company called SNOW was launched, backed by almost $100 million in venture capital and capturing the attention of Facebook’s Mark Zuckerberg.

SNOW is a success by any measure. It stepped into the shadow of a giant and carved out a regional niche with an idea and cutting edge 3D facial feature technology.

“Alchera is an incredible team of brilliant engineers who have been paramount in launching our first application and continue to work alongside our in-house development team to bring additional knowledge and concepts to the table.”

Since 2016, Alchera has empowered businesses to launch products, improve efficiencies, and bring the power of visual AI to their organization.

Go to List
Free Trial
Any question?
Leave your inquiry.

Be the first to know about Alchera